If you love getting back to nature, you will love Christmas Island!! 63% of the island’s 135 square kilometres is national park and the island’s close proximity to South East Asia and the equator has resulted in a diverse range of flora and fauna. The Christmas Island National Park is managed by Parks Australia – a division of Environment Australia.

It took millions of years for the island to emerge from the immense depths of the Indian Ocean. Isolation has limited the number of plants and animals able to reach these distant shores and survive. As a result, the island’s ecology has developed in a distinctive way. Some species can only be found here while others are threatened or considered to be endangered elsewhere.

The Christmas Island National Park was declared under Australian Commonwealth law and currently protects 85 square kilometres, over 63% of the entire land and much of the fringing reef. The park protects and preserves the important ecological systems which characterise this beautiful tropical island: the magnificent rainforests, the ocean shores and reefs.

Click here for more information on Christmas Island National Park.Note: Personal Locator Beacons (PLBs) are now available for hire from the Christmas Island Police Station (Tel : +61 8 9164 8444). PLBs are designed to be carried by bushwalkers or solo adventurers and are actviated in the event of an emergency when immediate search and rescue assistance is required. It is recommended that any person exploring Christmas Island in the National Park, or in areas where there is no mobile phone reception, that a PLB is carried to alert authorities in the event of a serious emergency.

There are about 200 species of native flowering plants on Christmas Island. Some 16 plant species are endemic. The distribution of plants on the island can be related to soil depth, moisture retention and exposure to and distance from the sea. The island environment may be classified into the following broad habitats; these are the marine environment, shoreline platforms, beaches, sea cliff zone, terrace forest on the poorer soils of the lower terraces, shallow soil rainforest on the higher terraces, simple rainforest on the deeper plateau and terrace soils, limestone scree slopes and pinnacles, mangrove forest, perennially wet areas, caves, sinkholes and various habitats resulting from clearance and other disturbances.

A dense rainforest has evolved in the deep soils of the plateau and on some terraces. The forests are dominated by 25 tree species. Ferns orchids and vines flourish on the branches in the humid atmosphere beneath the canopy. The 135 species of flora include 16 which can only be found on Christmas Island. There are fewer vines and understorey shrub plants than in the related neighbouring Indo-Malaysian rainforests. Red Crabs eat the leaf litter, abundant tree fruits and seedlings lying on the forest floor.

Red crabs are dotted around the forest floor all over Christmas Island, ponderously raising leaves in their claws to eat and retreating down burrows as you come too close. The annual red crab mass migration to the sea to spawn has been described by ecologists as one of the wonders of the natural world and is Christmas Island’s claim to fame amongst naturalists. This phenomenon takes place each year after the start of the wet season, in synchronisation with the cycle of the moon. Nowhere else on earth do crabs occur in these numbers and the spectacle is an experience not to be forgotten.

Click here for spawning dates and further information on the Red Crab.

The land crabs and sea birds are the most noticeable animals on the island. To date 20 terrestrial and intertidal crabs (of which 13 are regarded as true land crabs, i.e., only dependant on the ocean for larval development) have been described. The diversity and abundance of land crabs is not matched by any other island and it has been named “the crabbiest place in the world” and the “kingdom of the crabs”. Huge robber crabs, known elsewhere as coconut crabs, are also found here and are capable of opening and devouring coconuts with their strong claws.

The island is also a focal point for sea birds of various species. Eight species or subspecies of sea birds nest on the island. The most numerous is the Red-footed Booby that nests in colonies, in trees, on many parts of the shore terrace.The widespread Brown Booby nests on the ground near the edge of the seacliff and inland cliffs. Abbott’s Booby (listed as endangered) nests on tall emergent trees of the western, northern and southern plateau rainforest. The Christmas Island forest is the only known nesting habitat of the Abbott’s Booby left in the world.

The endemic Christmas Island Frigatebird (listed as critically endangered) has three well-defined nesting areas on the north-eastern shore terraces and the more widespread. Greater Frigatebirds nest in semi-deciduous trees on the shore terrace with the greater concentrations being in the North West and South Point areas.

The Common Noddy and two species of bosuns or tropic birds with their distinctive streamer tail feathers also nest on the island. Of the ten native land birds and shorebirds, seven are endemic species or subspecies. Some 76 vagrant or migrant bird species have been recorded on the island from time to time. Checklists are available from the Christmas Island Tourism Association. 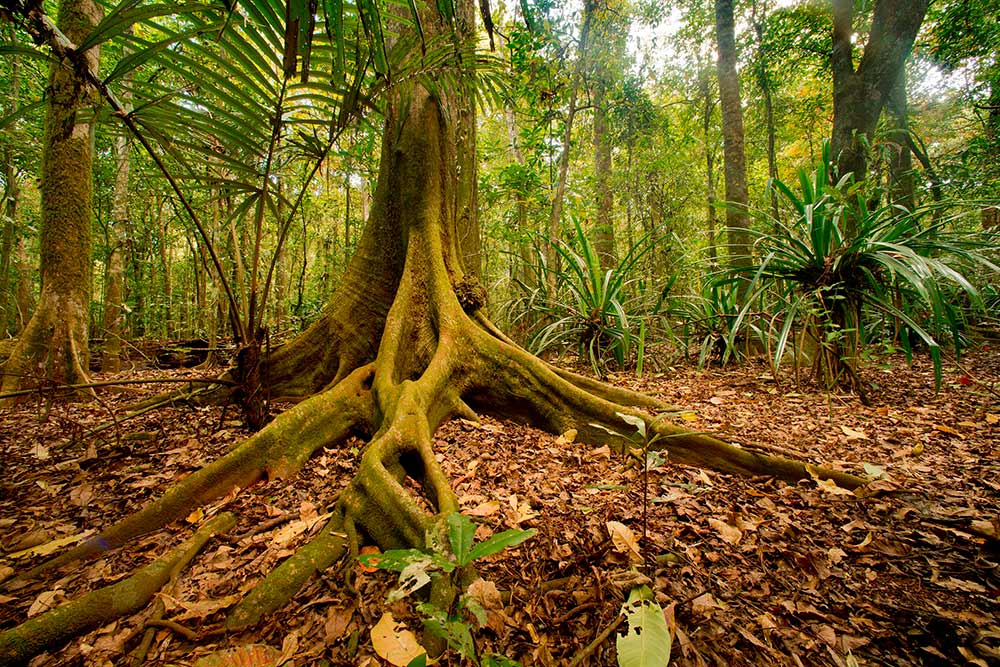 Where will the weekend take you? On a Christmas Is

What an incredible country we are privileged to li

When it comes to breathtaking luxury in paradise,